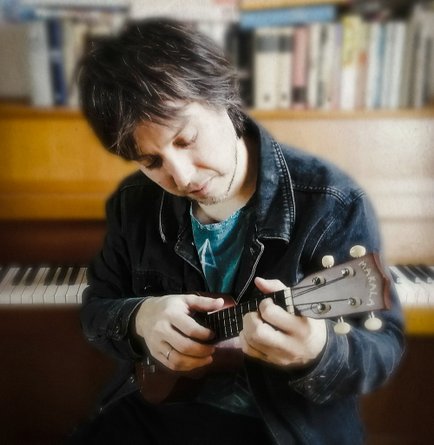 Crowander is the instrumental music project of the Hungarian multi-instrumentalist composer, David Szesztay. David has been playing in well acknowledged bands on electric bass, guitar, keys and vocal for more than 20 years. Nowdays he is the bassist of the experimental/world/jazz trio Santa Diver, guitarist, keyboard player of the well

He always had a deep connection to films and theater productions, he studied acting for 4 years himself. In his early 20s more and more film students asked him to compose music for their own films that lead to a more serious endeavor. In the last 15years he's been writing music for theaters, advertisements and films. In 2019 David

remastered and rearranged many of his instrumental music and named the  collection to Crowander and started to record more new materials in different genres with the mindset of creating music for films and also for listening of course.